Already pre-ordered the HTC VIVE XR Elite? Or, maybe you’re still on the fence and want to experience what VIVE headsets and the HTC platform in general have to offer? Either way, you’re in luck. Until the new product reaches customers in late February or early March, you can already play in the company’s own version of the metaverse: the HTC Viverse.

HTC company introduced Viverse long ago the launch of the VIVE XR Elite, showing a metaverse designed to be extremely customizable by its user, from your immediate environment to the avatar that represents you. This new universe is still in its infancy, but you can already start preparing your entry into virtual reality by visiting the Viverse website.

We’ll quickly walk you through setting up your first avatar, entering your first world, and taking a look at the realities that the HTC VIVE XR Elite will open up to you when it finally arrives in your home .

How to create your avatar? 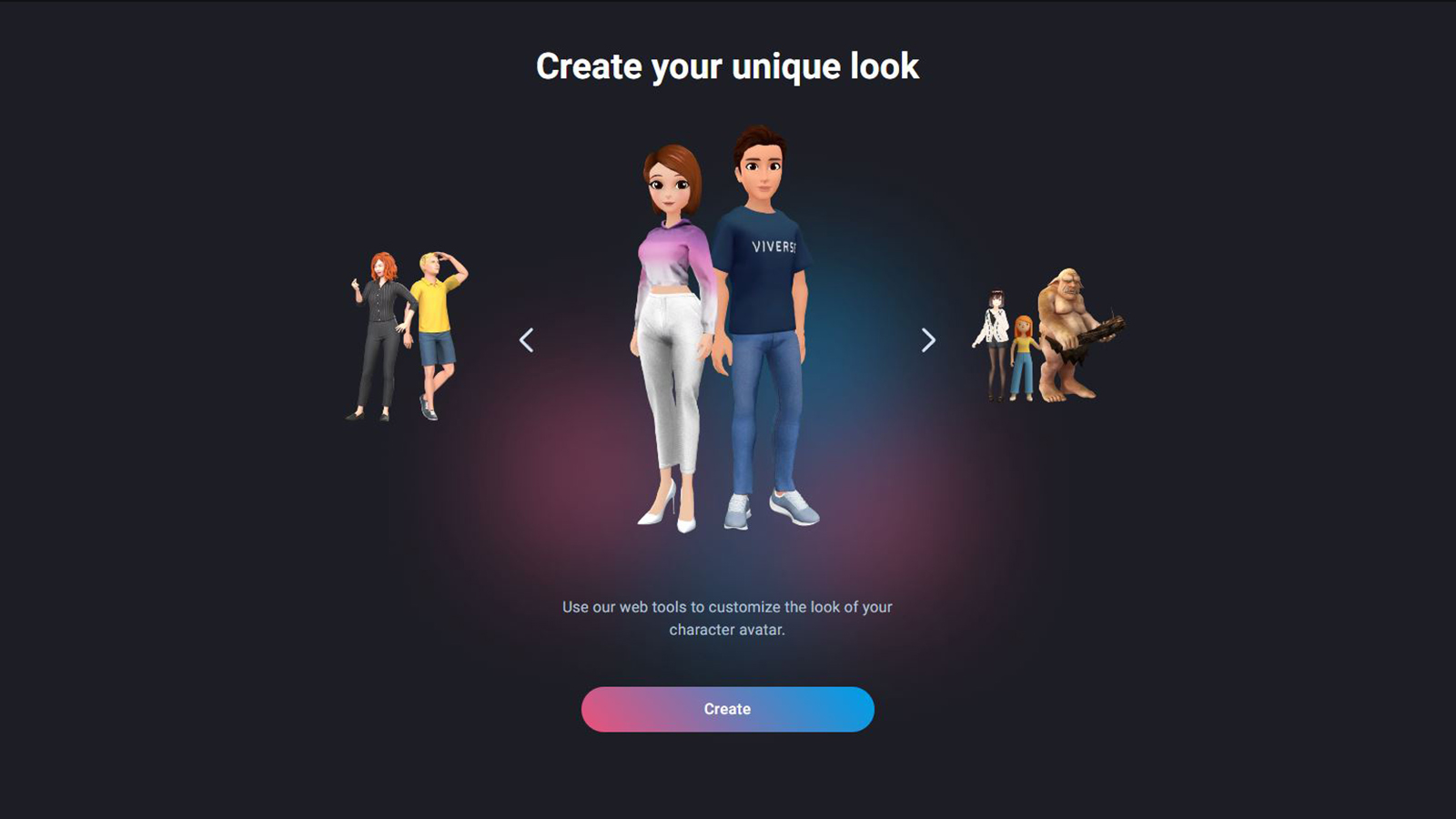 The easiest way to create your avatar is to use HTC’s web tools, which allow you to perform this task entirely in your web browser. Photo: HTC.

One of the characteristics of Viverse is its openness. To this end, HTC offers several ways to create or import the avatar that will represent you in Viverse.

More traditionally, you can use the web tools provided by HTC through a familiar interface similar to the character builder (seen at the top of this page) to generate a full avatar (here, no floating torso).

If the slightly “cartoony” look of the resulting avatars is too unrealistic for your taste, you can also choose to use HTC’s VIVE Avatar Creator app, available as a free download. on Google Play Where Apple App Store. Note that the most realistic avatars created by the app are those based on a photo you’ve taken of yourself. You can also customize your avatar with clothes, hairstyles and accessories, just like you can with web-based tools. 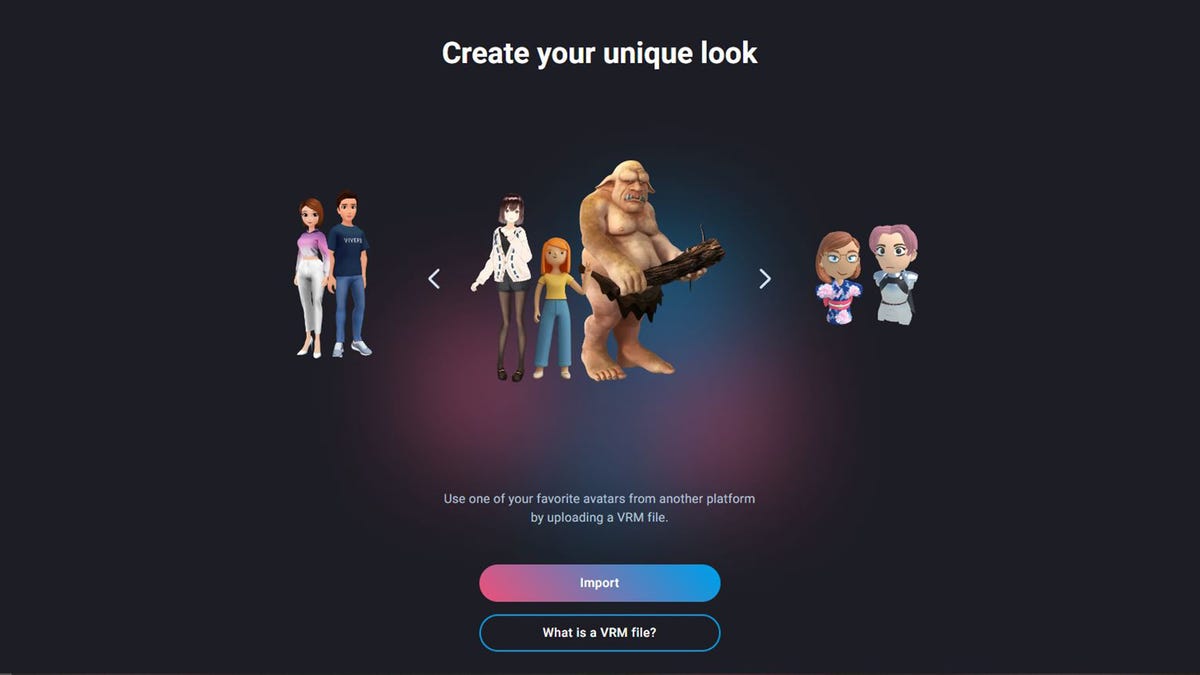 You can also download a VRM file (accepted on some VR platforms), which allows your avatar to be hyper-realistic or look like a cartoon character. Photo: HTC.

Finally, the creation method that is potentially more exciting is HTC’s support for loading a VRM file. This file type is a cross-platform container for your avatar. It can be ported by a variety of other existing VR and AR platforms, such as VRChat, various Vtuber streaming tools (to mask his face), creative applications such as VR Studio, and even some online games. The possibilities for the appearance, size and behavior of your avatar are almost limitless thanks to the many tools for creating and editing avatars with this VRM format. 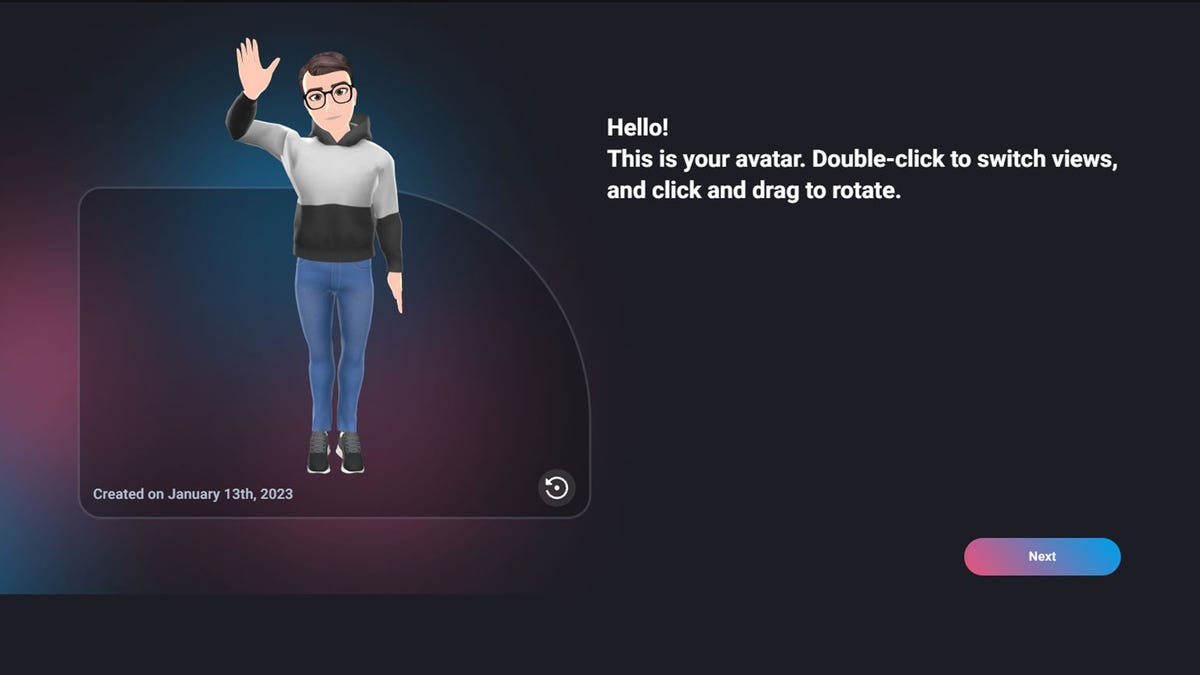 You can preview your look before finalizing it and moving on to the next step, which is logging into HTC’s Viverse for the first time. Photo: HTC.

Once you’ve decided which method you want to use and are happy with your appearance (don’t worry, you can always change or replace your avatar later), you can move on to the next step: enter your first world Viverse . 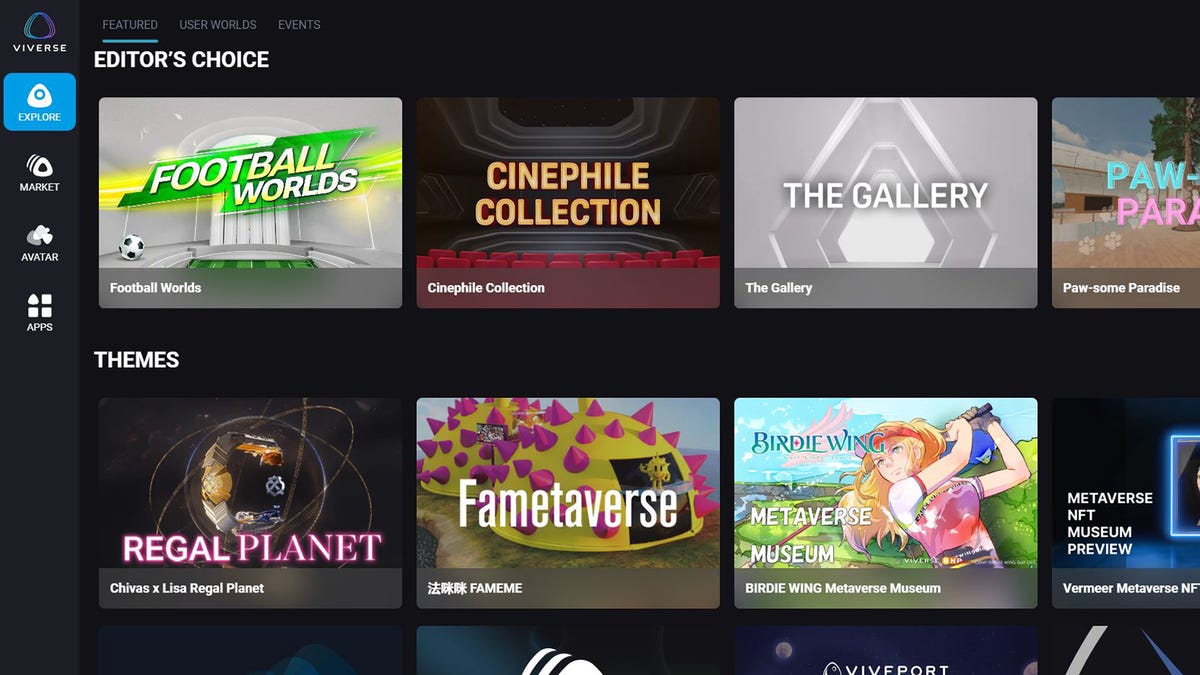 A variety of worlds are available that are themed around specific sports, movies, shows and brands. Photo: HTC.

Despite HTC’s promise of entering these Viverse worlds by walking up, wearing a headset, walking up to windows and drawings, and then swiping through them to get to the other side, the process is, for now, even more banal.

There are several ways to find a world to explore, but the easiest way to get started is to visit your avatar page and click on the Explore Worlds button below your avatar.

You will see a list of available worlds created by professional users and individuals. Clicking on any of them will load the world after a short wait, allowing you to walk around and interact with all the elements there using keyboard and mouse controls, which should be familiar to any gamer. Those same worlds can be explored much more naturally with the VIVE XR Elite or another VIVE-enabled headset. 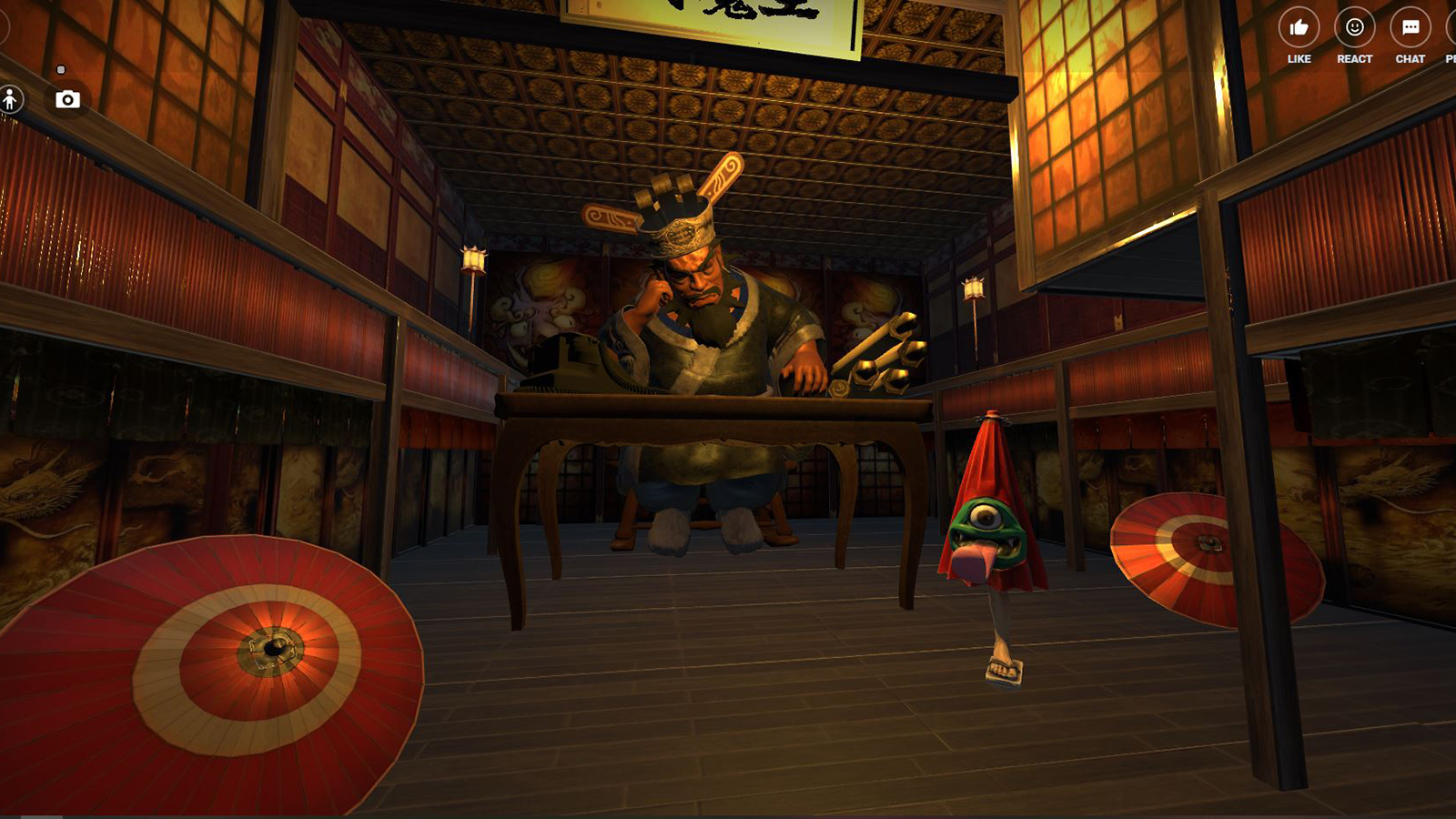 I never managed to wake him up and maybe it’s better that way. Photo: HTC.

The quality of this or that corner of Viverse can vary greatly, even when a big brand is attached to one of them.

One of the best places I found during my short stay was a world called Hotel of the Underworld, a small Japanese inn populated by some interesting characters such as the giant innkeeper and Kasa-Obake, another character who dances in his single leg. 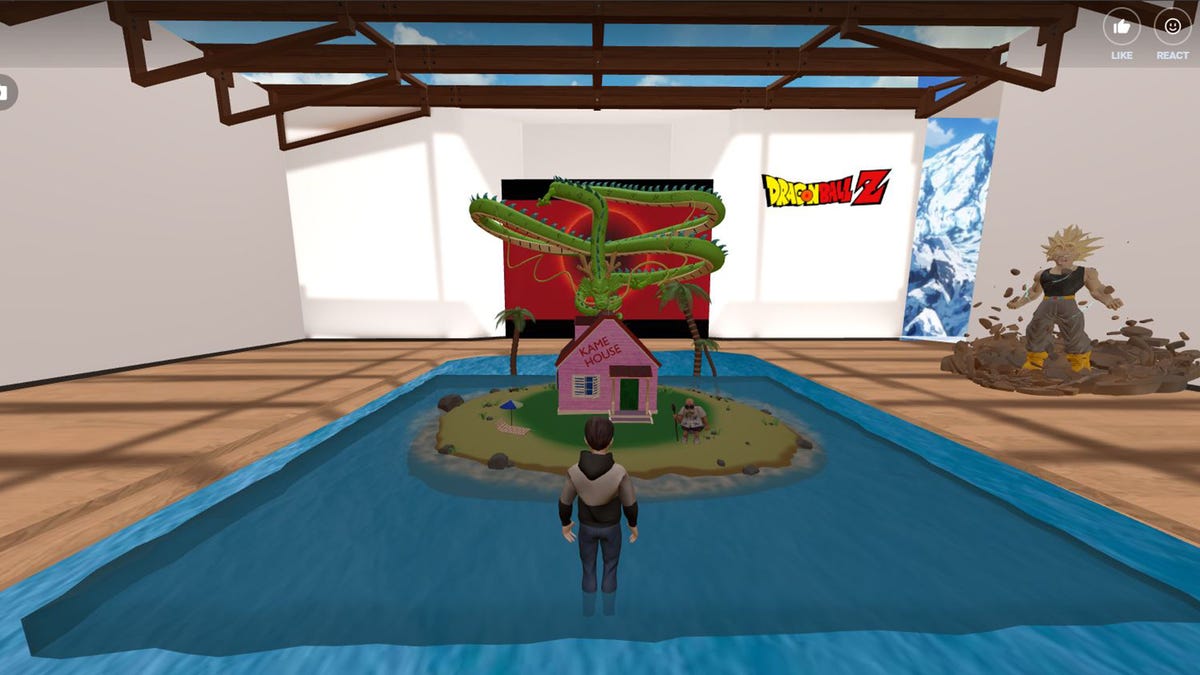 Worlds like this tend to contain things that may not have an official license. Photo: HTC.

At the other end of the spectrum, there are worlds that appear to be simply rooms populated by a variety of familiar inanimate characters. For example, this world titled “Chamber of Time” which contained different characters and locations from Z Dragon Realms in different degrees. Interesting for a minute or two of exploration, but certainly not pushing the boundaries of what the Viverse would be capable of.

Create your own world 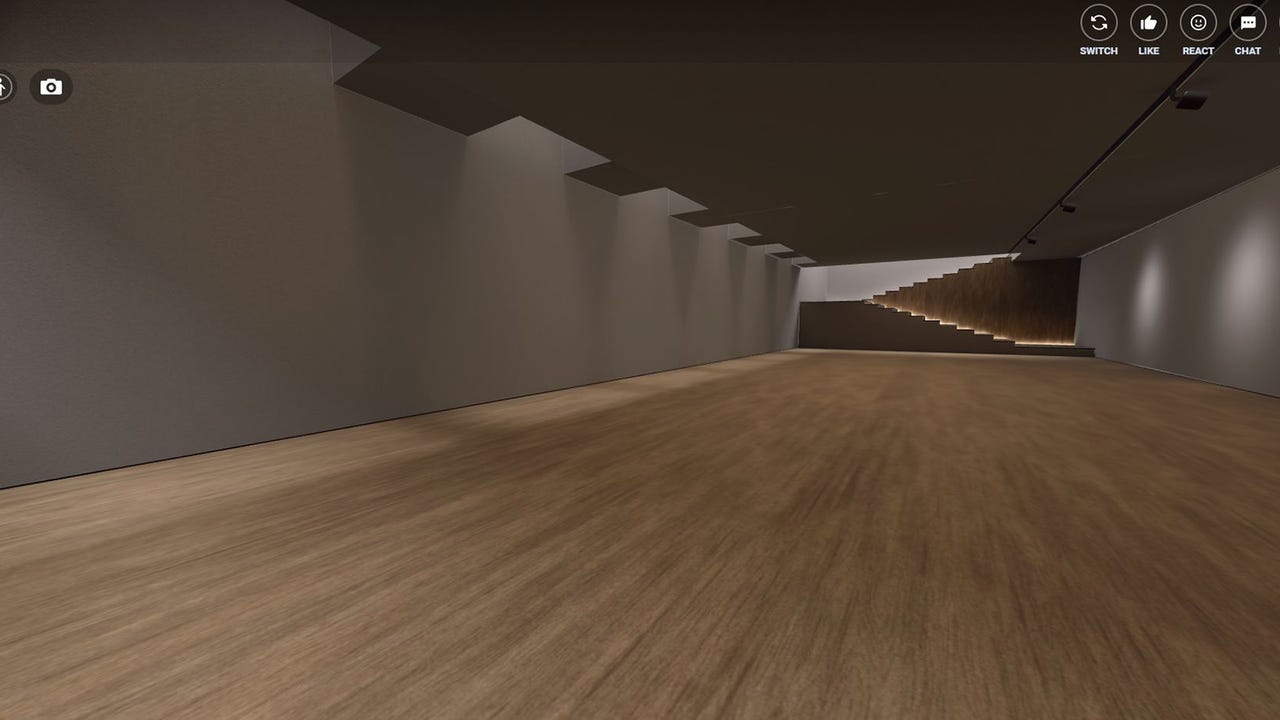 There’s plenty of space and an entire floor to fill with furniture, interactive objects, and even portals to other worlds. Photo: HTC.

Fortunately, if you’re not satisfied with the available options, you can simply create your own world. When you sign up for Viverse, you get a free “starter world”. Currently, you can choose from three basic templates, which you can then fill with objects that HTC provides to all users, as well as with resources imported from other sources.

Of course, the more time you’re willing to devote to it, the more complex your world can become. In this case, the saying “the only limit is your imagination” has rarely been so important.