Mark Zuckerberg has apologized to staff when he hinted at the need for the company to cut 11,000 jobs, admitting he “got it wrong”. Very soon, discontent took over metamate “Metaverse will mark the beginning of our slow death,” a user Blind, who claimed to be a senior software developer at Meta, posted on Wednesday. He added, “Mark Zuckerberg will single-handedly kill a metaverse company.”

The figures for the cuts announced by Meta fell in a new information note from the company to the public: 11 thousand jobs or 13% of the total number of its employees. The reason: the company is making an investment adjustment during the coronavirus pandemic. Marc Zuckerberg had made the decision to increase them significantly given the increase in Meta’s income due to the increase in online commerce. The Facebook founder admits he was wrong in his prediction, which would see the trend continue after the pandemic ends.

“At the start of the coronavirus pandemic, the world moved rapidly online and the growth of e-commerce led to huge increases in revenue. Many predicted that this would be a permanent acceleration that would continue even after the end of the pandemic. This was my case and therefore I made the decision to significantly increase our investments. Unfortunately, it didn’t go as I expected. Not only has e-commerce returned to previous trends, but the macroeconomic downturn, increased competition, and the loss of ad signals have caused our revenue to fall short of what I expected. I was wrong and I take responsibility for this,” the statement said.

Meta will pay 16 weeks basic pay and two additional weeks for each year of service, plus any remaining holiday pay as part of the severance package. Affected employees will also receive their stock that was due on November 15 and medical coverage for six months. The company did not disclose the exact amount of the charge related to the layoffs, but said the figure was included in its previously announced expense forecast for 2022 of $85 billion to $87 billion.

Metamates are not convinced by Zuckerberg’s metaverse

Mark Zuckerberg is the target of criticism from Meta employees at Blind, an app that provides an anonymous forum and community for verified employees to discuss issues. Blind users are grouped by topic, company and broad industry.

Some comments, published on Wednesday (the day Meta laid off 13% of its workforce) are negative, although others are more positive. One user compared the layoffs to the ‘Hunger Games’ and another said the Facebook owner had an ‘uncertain future’.

About 44 comments by Meta employees were posted on Blind last Wednesday and Thursday.

Blind users must provide their work email address, job title and employer name when they join the platform so the company can “assess the professional status” of posters, according to its website. However, a user’s employment has not been officially verified. Blind said it sometimes prompts users to “re-verify” their accounts.

Rick Chen, Public Relations Manager at Blind, said: “Almost all of the comments posted were written by current employees of the respective companies at the time of writing, as people generally cannot access Blind after being terminated or terminated. resigned.” He added: “Loss of access after changing jobs is not immediate.”

Meta employees have posted nearly 6,000 company reviews on Blind since 2020, and the company has a 4 out of 5 star rating.

A self-proclaimed engineer, who gave the company five stars, spoke of ‘extremely smart and talented colleagues’ as well as a ‘great culture’ on the ‘pro’ list. However, on the day the layoffs were made, he listed “Zuck is steering this company in the wrong direction” on his list of “cons.”

A user claiming to be a data scientist said Meta “needs leadership layoffs,” adding that “Leadership has no perspective, they confuse a movement with progress.”

A person who said he works in talent acquisition gave Meta a four-star rating on Wednesday. He said it was “a great place to live in general,” adding that “Mark isn’t afraid to take risks (which is a good thing and a bad thing).

A user who pretends to be senior technical program manager, wrote Thursday: “Bad leadership has a strong chance of sinking this ship.” He then listed “good compensation,” benefits and talented employees as “pros.” “Cons” included*: “There is no responsibility at director level and above. The VP and directors are there to milk the business without adding value.”

He added: “I thought it was a data-driven business, but it’s actually a human’s intuition and emotions. No one can reverse his decision.”

However, not all Meta employees share the negative view of Zuckerberg. A former staff member who was fired Wednesday said he felt the CEO handled the layoffs “humanely.”

Another engineer gave the company just one star on Wednesday and called the massive layoffs “the worst layoffs in history.” He said: “With the layoff, I wouldn’t recommend anyone to work there until the share price fully recovers.” 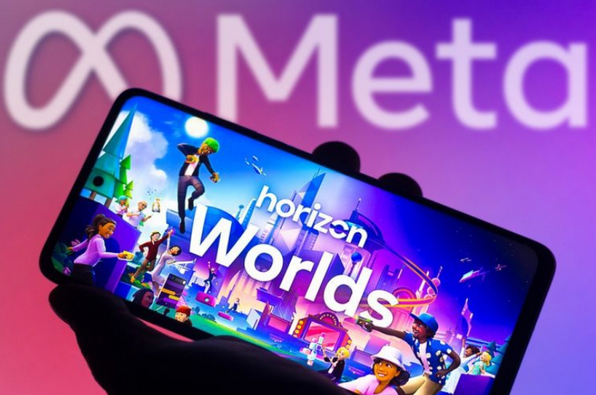 A platform that struggles to convince

Horizon Worlds, Meta’s flagship for consumers, does not meet internal performance expectations. “An empty world is a sad world.” This is apparently one of the concerns expressed in an internal Meta document regarding Horizon Worlds.

Internal documents, including memos to employees, show that Horizon Worlds is not attracting the number of visitors Meta had hoped for, and that visitors who do show up generally do not return to Horizon after the first month, Wall reported. StreetJournal.

With the social VR platform from Meta, Facebook’s parent company, users can put on one of the company’s Quest VR headsets to explore digital spaces like a comedy club or a concert hall as avatars. Users can also create their own virtual worlds. Meta first introduced the app in 2019 and opened it to the public in late 2021.

It’s a big part of Meta’s big bet that a larger virtual realm known as the metaverse will be the future of computing, replacing current social networks as well as online dating tools like Zoom.

“We believe that the next computing platform has the potential to be more social, more human than anything that has come before,” said Meta CEO Mark Zuckerberg in a keynote presentation at the company’s Meta Connect.

So far, though, Horizon Worlds seems to have some issues.

The meta initially set a goal of reaching 500,000 monthly active Horizon Worlds users by the end of this year, before revising the goal to 280,000. But the actual number is under 200,000. , the Wall Street Journal reported in late October, citing internal company documents. consulted. Combined, Meta’s social media products, including Facebook, Instagram and WhatsApp, attract more than 3.5 billion average monthly users, the Journal notes.

Other information from internal documents, according to the Journal:

However, a company spokesperson told the Daily that Meta is working on improvements to be made to Horizon Worlds, including changes to keep users safe. The spokesperson also said that Meta continues to believe that the metaverse is the future of computing and that its efforts in this area are always intended to be a multi-year project.

What do you think about Meta employee complaints? Do you understand the criticism leveled at Mark Zuckerberg?

What do you think of his metaverse project?