According to data from the English company Cable, which specializes in analyzing broadband prices, Algeria has Cheapest mobile internet in Africa in the year 2022.

The Worldwide Mobile Data Pricing Index 2022 estimates, based on the analysis of 5,000 packages in 233 countries and territories, the average cost of one gigabyte (1 GB) of mobile internet. This study, which divided the world into 13 regions, found that North Africa, with an average price of $1.05, is the region with the most affordable mobile data prices.

The cost of mobile internet in Africa

Six of the seven North African countries are in the lowest-priced half of the table. All countries in the area have an average cost lower than the world average ($3.12). Algeria, at a price of $0.48, is the place where a gigabyte of mobile data costs the least in Africa. In 2021, Algeria had occupied the second placee ranking place ($0.51). 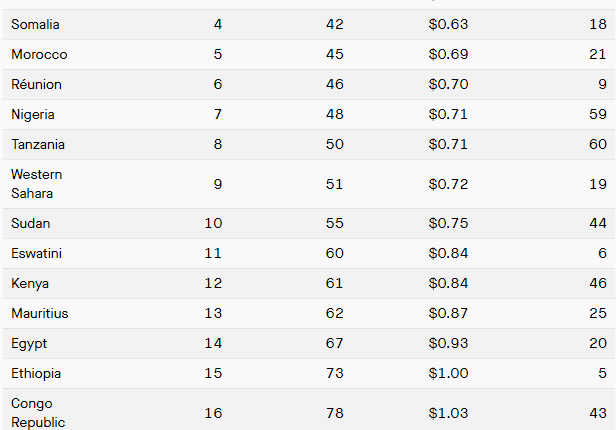 As for other regions of the African continent, in East Africa it is in Tanzania that we find the most affordable mobile plans; in West Africa, it is in Ghana; finally, in southern Africa, it is in Eswatini.

| RELATED ARTICLE: Internet users in Africa – what ranking for Algeria?

North America, despite its technological advances, is the region where you’ll pay the highest price to buy mobile internet plans. That’s an average of $4.98 per gigabyte. Paradoxically, Sub-Saharan Africa is in second place. To get 1GB of mobile data in this region, you will need to pay $4.47. 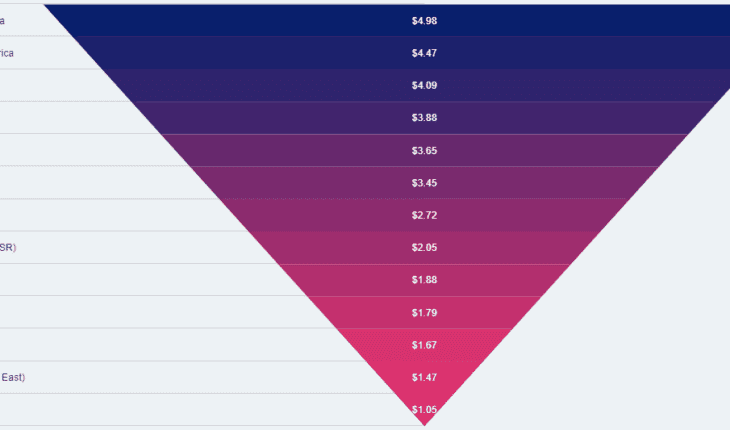 North Africa is the region of the world where a gigabyte of mobile data costs the least.

Where is the most and cheapest mobile internet in the world?

Dan Howdle, consumer telecommunications analyst at Cable, explains that the countries with the cheapest mobile data fall into two categories: there are those with excellent fixed mobile broadband infrastructure that allows providers to offer large amounts of data. And there are those where broadband networks are less advanced, but whose economy depends heavily on mobile data; a situation that requires prices to remain low because that is what people can afford.

The five countries with the most expensive mobile data in 2022

The five countries with the cheapest mobile data in 2022

Unlike the most expensive countries, only one of these countries is an island, and none of them are in sub-Saharan Africa. Italy offers the cheapest mobile data in Western Europe. Israel, a leader in 5G technology, continues to lead the world when it comes to mobile data prices. 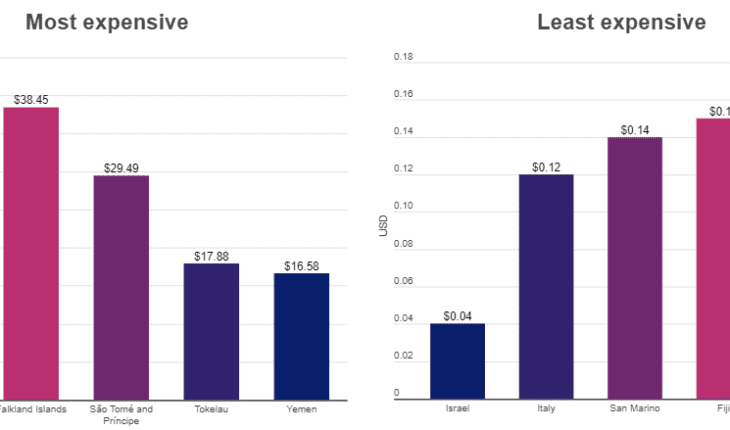