Pico Interactive, now owned by ByteDance (which notably publishes TikTok), wanted to hit hard with its new virtual reality headset, the Pico 4. This marks real builder input in the consumer VR market in Europe, having been limited to the professional world for years. Successful bet?

Let’s not beat around the bush: the answer is yes. Pico 4 has clean hardware and an efficient interface that focuses on ease of use, all offered at 429 euros, or 20 euros less than Meta Quest 2current market standard.

A significant gain in the field of vision

Its new-generation, so-called “pancake” lens offers a much larger field of view than the Quest 2’s (105° vs. 95°), along with better sharpness that highlights the display’s resolution of 2160 x 2160 per eye. far superior to its competitor, even considering the extended field of view. However, it is above all the latter that makes the difference. Setting up a Quest 2 then feels a bit like looking through a pair of binoculars. It must be said that Quest 2 is starting to get old, having been launched in 2020.

In terms of performance, the Pico 4 is as close as you can get to the Quest 2, with a single chip Qualcomm Snapdragon XR2 Gen 1 backed by 8GB of LPDDR4X memory. The refresh rate varies from 72 to 90 Hz depending on the applications. We encountered no performance issues in any of the apps we tested. Ditto for tracking, which is consistent and responsive. There is no problem to report even in sports games that require fast movements (boxing type).

Aside from visual fidelity, ergonomics is the Pico 4’s strong point. Its rear-mounted 5300 mAh battery results in excellent weight distribution that means it doesn’t press on the face and remains comfortable even during long sessions. During our tests (performed over ten days), the autonomy of the headphones was about two hours. Its recharge time from 0% to 100% is two hours of battery.

The faceplate attaches magnetically (very convenient to remove for cleaning) and was comfortable with our build. By default it is not suitable for goggle wearers, but helmet spacers are provided for this purpose. A continuously adjustable interpupillary distance ranging from 62 to 72 mm also provides better comfort.

There is nothing to report in terms of the sound of the built-in speakers, whose volume and quality seemed to us quite correct and within the norm. However, we regret the lack of buttons on the headphones to adjust the volume on the go. Note also that the helmet fan is heard in quiet moments, even if it is not sharp and does not emerge from the experience. The Pico 4 doesn’t have a 3.5mm port, but headphones can be connected via Bluetooth 5.1, or if it doesn’t have one, connect to the USB-C port. 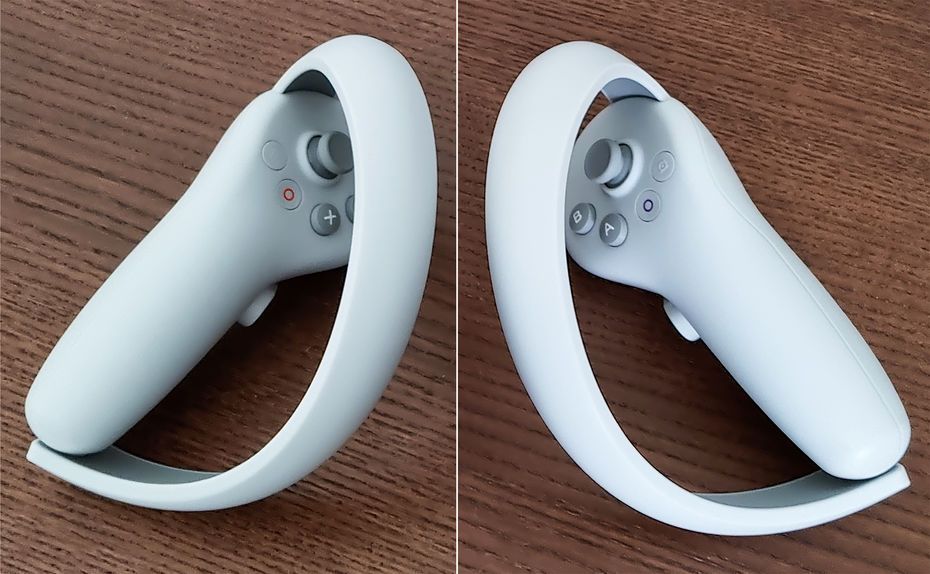 The button placement on the controllers is the same as the Meta controllers, but with one more button on each. That of the right controller is especially used to take screenshots, which is very practical. The ergonomics of the controllers are good and no lag should be frowned upon. The buttons feel less “premium” than those of the Quest 2, but fulfill their role very well. Their battery consumption is otherwise very even. Note that the Pico 4 handles hand tracking, but we didn’t get a chance to test it in the apps we had available.

On the software side, the Pico 4 interface is similar to that of the Quest 2 and is simple and efficient. We even found it more readable and easier to navigate than its competitor (in part because there are fewer options available), as well as less prone to slow load times. Creating an account takes two minutes and does not require a smartphone (unlike the Meta headset). A basic – but colorful – transition functionality is present and allows you to easily place it in your play space.

In terms of content, there are classics like After the Fall, Walkabout Minigolf, Red Matter, Eleven Table Tennis, Demeo, Crisis VRigade 2 or Resist. However, it must be admitted that the store is much less reserved than that of the competition. No Bonelab, Moss 2, Red Matter 2, Among Us, Lies Beneath and others.

No sign yet of The Walking Dead: Saints & Sinners, which Pico announced on its platform (as well as its long-awaited sequel). And, it goes without saying, no first-party Meta titles are present: Beat Saber, Supernatural, Resident Evil 4 VR… Games being the core of the war for any “console”, it’s important to consider this before buy
However, there is no problem to use with PC games. Thanks to the third-party Virtual Desktop app, it’s possible to access all Steam or Oculus PC content without any real hassle. 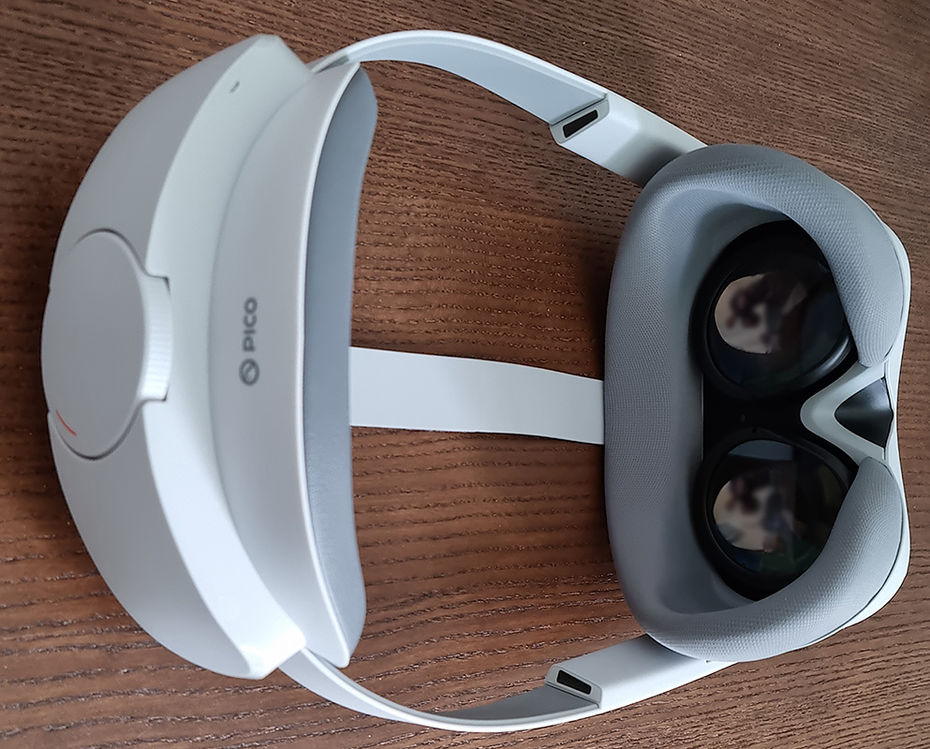 In terms of storage space, the model has 128 GB for 429 euros, while the 256 GB version is available for 499 euros. We will prefer the second option if one of the intended uses is watching movies, the latter fills up the space quite quickly. For purely gaming use, it’s more a matter of convenience, to avoid having to redownload the most requested titles. And if the goal is primarily to stream games on PC, it is completely irreplaceable.

With this Pico 4, the Chinese manufacturer has succeeded where others, such as HTChad failed so far: releasing a helmet whose quality/price ratio makes it a very serious competitor to the Meta Quest 2. In fact, it even comfortably outperforms its competition in several key points, including the graphic, which remains the most important. .

However, it is currently fishing from a still limited content. Of course it should be expanded in the coming months, but we already know that some major titles such as Beat Saber, Resident Evil 4, Population: One or Marvel’s Iron Man VR will never be available there. The Pico will probably have to invest in its content to be able to compete with the Meta in the long run. Where the Pico 4 stands out the most is its use as a wireless PC VR headset. For this use, today it is undoubtedly the best compromise between price and performance.