The European Commission is considering financing the construction of a fiber optic cable to connect Europe to Asia via the Arctic and bypass existing barriers, two European officials familiar with the matter told EURACTIV on condition of anonymity.

The consortium behind the project Far North Fiber consists of the Alaskan company Far North Digital and the Finnish company Cinia. The cable would be 14,000 km long and would connect Scandinavia and Ireland to Japan, via the Arctic, with drop points in Greenland, Canada and Alaska.

The Cinia company originally designed the project in 2018, passing through the Northern Sea Route, in cooperation with the Russian telecom operator MegaFon. The deal fell apart last year due to rising geopolitical tensions with Moscow. For its part, Russia is preparing to launch its Arctic cable, the Polar Express, in 2026.

Infrastructure plan therefore it was reconfigured in December 2021 to cross the Northern Sea Route, and it is seeking investors to finance an estimated total cost of $1.15 billion.

Crossing the Arctic would also mean the cable would be shorter than existing cables, reducing what’s called data latency, or the time it takes for information to travel from one point to another.

“It would be a very expensive cable and its commercial viability is uncertain. Latency reduction by itself does not determine whether a cable will be built”said Alan Mauldin, director of research at TeleGeography, a telecommunications market research company.

In this regard, current geopolitical tensions may work in favor of the project. European politicians are indeed beginning to see it as a strategic asset.

The cable would be the first to connect Europe to Asia without going through Egypt’s Suez Canal, a critical barrier to internet infrastructure and international trade. After the recent sabotage of the North Stream gas pipeline, which is suspected to be of Russian origin, Brussels is increasingly wary of these single points of failure.

The Italian company Sparkle is already under construction a cable that would bypass the Suez Canal through Israel, Jordan and Saudi Arabia. However, this project does not solve the problem of dependence on the geopolitical context of a single region.

The European Commission presented for the first time last week to the representatives of the EU countries the idea of ​​co-financing the “Fibre du Grand Nord” project (“Far North Fiber”).

The EU wants to present it as one of the main achievements of transatlantic cooperation at the upcoming EU-US Trade and Technology Council (TCC) ministerial meeting in December.

However, according to information from EURACTIV, Washington’s support is not confirmed as the United States is not yet convinced that this connection is a strategic priority for them.

Militarization of the Arctic

The project would be part of a wider context of the militarization of the Arctic, a region that is increasingly causing geopolitical tensions as melting glaciers reveal new strategic trade routes and reserves of raw materials.

Last year, the EU adopted its first “Arctic Strategy”which also refers to investments in connectivity and critical infrastructure, reflecting growing concern about geopolitical tensions in the Arctic, as China, Russia and the United States are already fighting to exert their influence in the region.

“Critical infrastructure is the new frontier of war and the EU will be prepared”European Commission President Ursula von der Leyen said at the Tallinn Digital Summit on Monday (October 10th).

In reality, the destruction of maritime networks traced back until World War I, when one of the first actions of the British was to destroy Germany’s submarine telegraph cables in an attempt to cut her off from world communications and create the first surveillance system on a planetary scale.

“We definitely see that we are more vulnerable today”, the second EU official told EURACTIV. He pointed out that the issue has been neglected for a long time, but now many EU countries, especially in northern Europe, are pushing for the diversification of their submarine cables.

France, the military heavyweight of Europe, is currently being strengthened its deep-sea capabilities as part of a military program to counter hybrid threats to underwater telecommunications infrastructure.

The Arctic fiber optic cable could also have a military dimension, as military infrastructure would be the first to be targeted in the event of an escalation.

During the recent plenary debate in the European Parliament, Ms von der Leyen presented a five-point plan to strengthen the security of critical underwater infrastructure. A fundamental element is the use of satellite systems for maritime traffic surveillance.

A European Space Agency flagship station associated with its Galileo satellite system is based on Svalbard, a Norwegian archipelago in the Arctic Ocean. In January, submarine cables connecting the Norwegian satellite station of Svalbard to the mainland are disconnected.

A few months ago, an underwater sensor network of the Norwegian Ocean Observatory was also disrupted, raising suspicions of sabotage. Also in this case, Russia was the main suspect, as it is one of the few places to have such skills.

As the European satellite system is called upon to play an essential role in monitoring critical maritime infrastructure, cutting it would seriously damage the EU’s response capacity.

The European Space Agency did not respond to EURACTIV’s question about how sabotaging seabed communications would affect the operation of the Galileo satellite system. The European Commission and Far North Digital also had no comment at the time of publication. 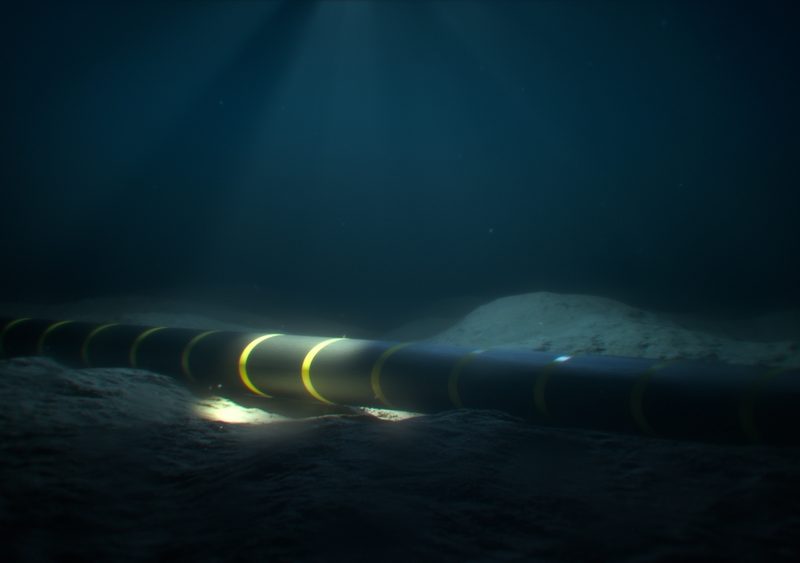