Introduced at the end of 2020 by the European Commission, the DMA (Digital Markets Act) regulation was finally voted by the European Parliament and approved by the EU Council in July 2022. And in a few hours, this law which will change internet forever, will come into force; it will make the tech glove status much more difficult. That could lead to big changes in what people can do with their devices and apps, another reminder that Europe has regulated tech companies much more actively than the US. The DMA Regulation is, together with the Digital Services Regulation (DSA), one of the main digital projects of the European Union (EU). It was published on October 12, 2022. 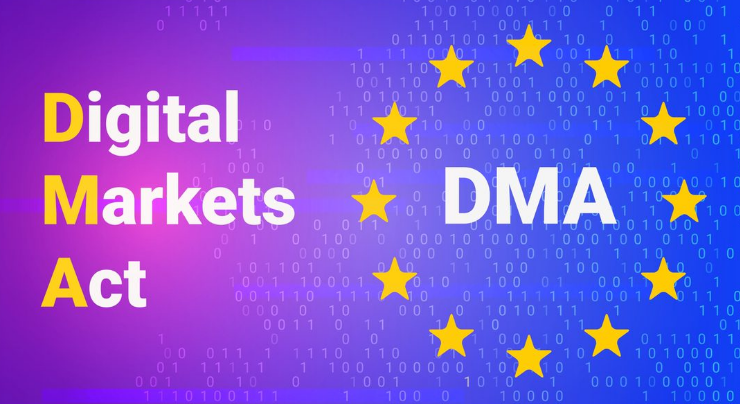 On November 1, 2022, the Digital Markets Act (DMA) regulations will come into force, starting a process that should require Amazon, Google and Meta to make their platforms more open and interoperable in the year 2023. The DMA Regulation aims to prevent the abuse of a dominant position by digital giants, which are in particular the GAFAMs (Google, Apple, Facebook, Amazon and Microsoft), and to offer more choices to European consumers.

The European Union (EU) has introduced new legislation, unprecedented at the global level, to regulate the Internet and its risks, such as, in 2018, the General Data Protection Regulation (GDPR) regarding personal data . We expect the consequences to be significant, says Gerard de Graaf, a veteran EU official who helped pass the DMA earlier this year. Last month, he took over as head of a new European office in San Francisco, created in part to explain the law’s implications for big tech companies. According to De Graaf, the latter will be forced to open their closed gardens.

If you have an iPhone, you should be able to download apps not only from the App Store, but also from other app stores or the Internet, says de Graaf. This regulation could also force Meta’s WhatsApp to receive messages from competing apps like Signal or Telegram, or prevent Amazon, Apple and Google from privileging their apps and services.

Although the DMA regulation takes effect in a few hours, technology platforms are not required to comply immediately. The European Union must first determine which companies are large and well-established enough to be considered “gatekeepers” subject to stricter rules. De Graaf thinks that there will be about a dozen companies in this group, which will be announced in the spring. These “gatekeepers” will then have six months to comply.

De Graaf has predicted a flurry of lawsuits to challenge new EU rules for big tech companies, but he says he is in California to make it clear to Silicon Valley giants that the rules have changed. The European Union has already imposed heavy fines on Google, Apple and other companies in antitrust investigations, a mechanism that puts the burden of proof on bureaucrats, he says. According to the DMA, the onus is on companies to comply. The main message is that the negotiations are over, we are in line. You might not like one, but it’s like one, says de Graaf. Like Europe’s digital privacy law, GDPR, the DMA is expected to drive changes in how technology platforms serve people beyond the EU’s 400 million internet users, because some compliance details will be more easily enforced globally.

Tech companies will also soon have to deal with a second major piece of European legislation, DSA (for the Digital Services Act). DSA plans to fight against illegal content and products on the Internet (hate, misinformation, fakes, etc.). The goal is to make the Internet a safer place for users. With this text, what is illegal in the physical world will also be illegal on the Internet.

DSA which requires risk assessment of certain algorithms and disclosure of automated decisions, and which could force social apps like TikTok to subject their data to external review. The law will also be implemented in phases, with the largest online platforms expected to comply by mid-2024. The EU is also considering adopting specific rules on artificial intelligence, which could ban some uses of the technology.

Gerard De Graaf says stricter rules on tech gloves are needed not only to protect people and businesses from unfair practices, but also to allow society to reap the full benefits of technology. He criticized a non-binding AI bill of rights recently released by the White House, saying the lack of strong regulation could undermine public trust in the technology: If our citizens lose faith in AI because they think it discriminates and leads to results that harm their lives, he says, they will run away from AI and it will never succeed.

The new EU office was opened following recent moves by the bloc and the US to cooperate more on technology policy. According to De Graaf, both sides want to find solutions to the lack of chips and how authoritarian governments can take advantage of technology and the Internet.

He also plans to travel to Sacramento to meet with California state lawmakers, who he says have pioneered the fight against big tech companies. Last month, they passed a law requiring strict default privacy settings for children and controls on how companies use data they collect about children. The US Congress has passed relatively few laws affecting the technology industry in recent years, with the exception of the $52 billion CHIPS and Science Act aimed at supporting semiconductor manufacturing in July.

EU passes legislation to regulate Apple, Google, Meta and other tech companies. The DMA forces Apple to allow the creation of an alternative App Store on iOS

The EU may start implementing rules to regulate Big Tech in spring 2023, the DMA should enable action against any breaches by watchdogs

Digital Services Act (DSA): tech companies risk billions in fines under this legislation, which has received provisional agreement from the Council and the European Parliament