The White House is reportedly in talks with billionaire Elon Musk to install SpaceX’s Starlink satellite internet service in Iran. Through this initiative, the Biden administration apparently wants SpaceX to support anti-government protests in Iran. after its leaders restricted access to the Internet. Faced with the precarious situation of Musk’s support for Ukraine, will the SpaceX CEO be able to submit to this new demand from the US authorities?

The uprising began in mid-September following the arrest of a 22-year-old Iranian woman who was allegedly beaten to death for not wearing the hijab (a garment worn by Muslim women that covers their head leaving the face uncovered). . The ensuing civil unrest was followed by a brutal crackdown by Thrani on his own people, which left over 200 people dead. 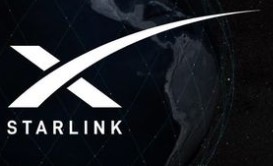 On July 12, human rights activists asked women across the country to post videos of themselves removing their hijabs in public to coincide with National Hijab and Chastity Day on the official Iranian calendar. Since the 1979 Islamic revolution in Iran, women have been legally required to wear modest Islamic clothing. In practice, this means that women must wear a chador, a full coat, or a headscarf and a coat that covers the arms.

In response to this initiative, the Iranian government has pledged to use the technology facial recognition on public transport to identify women who disobey the strict hijab law. Satellite broadband service could help Iranians bypass regime restrictions on internet access and some social media platforms.

Last month, the US Treasury Department said some satellite internet equipment could be exported to Iran, suggesting that SpaceX may not need a license to provide satellite broadband services in Iran. In response to US Secretary of State Antony Blinken’s tweet that the United States has taken steps to advance “internet freedom and the free flow of information,” Musk said he would enable Starlink for the Iranians.

The US State Department and the Freedom Online Coalition, a cross-country advocacy group focused on internet access, have called on Thran to lift his internet censorship. Millions of Iranians rely on these and other means to connect with each other and the outside world, they said in a joint statement.

Below is the press release of the US Department of State:

Sent by American state Department
The United States is pleased to join the Freedom Online Coalition’s Joint Consensus Statement on Internet shutdowns in Iran.
We, the members of the Online Freedom Coalition, are deeply alarmed and strongly condemn the measures taken by Iran to restrict access to the Internet following nationwide protests related to the tragic killing of Mahsa Amini.

In what has become an old pattern of censorship, the Iranian government has once again shut down the internet for most of its 84 million citizens nationwide by cutting off mobile data, shutting down popular social media platforms, restricting internet service and blocking individual users, encrypted DNS services. , text messaging and total access.

Millions of Iranians rely on these and other means to connect with each other and the outside world. By blocking, filtering or shutting down these services, the Iranian government suppresses the right to peaceful assembly and freedom of association and expression; he roams the civic space; reinforces the climate of economic uncertainty; impedes access to health care, emergency services and financial services; hinders the payment of wages, public services and education; and limits the ability of journalists, human rights defenders, and others to report and document human rights violations or abuses that occur during Internet shutdowns or communications disruptions.

We call on the Iranian government to immediately lift restrictions designed to hinder or prevent its citizens from accessing and sharing information online and communicating securely. Furthermore, we also call on the Iranian authorities to refrain from imposing partial or complete internet shutdowns and from blocking or filtering services, and to respect Iran’s international human rights obligations, including articles 19, 21 and 22 of the International Covenant on Civil and Political Rights.

We stand in solidarity with the Iranian people in their call to exercise their rights to freedom of thought and expression, both online and offline.

“We have our foot on the accelerator to do everything in our power to support the aspirations of the Iranian people,” a senior administration official told CNN. It’s our policy, period. At the same time, it is truly an Iranian movement led by young women and extending to other aspects of society. And we don’t want to clip their movement in any way.

Relations between the US government and SpaceX are strained

Last week it was revealed that the fuse manufacturer told the Pentagon it could notafter pledging to donate broadband terminals to Ukraine and provide free satellite service to the war-torn nation, to continue doing so indefinitely.

Since they began arriving in Ukraine last spring, Starlink terminals have been a vital source of communications for the Ukrainian military, allowing it to fight and stay connected after cellphone and Internet networks are down. About 20,000 Starlink satellite units have reportedly been donated to Ukraine so far. Musk tweeted that the operation cost SpaceX $80 million and will reach $100 million by the end of the year. But vital as they are, these “charitable” contributions may soon come to an end.

SpaceX reportedly warned the Pentagon that it could stop funding the service in Ukraine if the US military does not pay tens of millions of dollars a month. Last month, Musk’s rocket company reportedly sent a letter to the Pentagon saying it could no longer fund the Starlink service as it was. The letter also asked the Pentagon to provide funding for the Ukrainian government and military’s use of Starlink, which SpaceX said would cost more than $120 million for the remainder of the year and could cost nearly $400 million over the next 12 months. next.

However, after coming out to show that he could no longer afford to fund Ukraine for free, Musk hit back with a tweet: Even if Starlink continues to lose money and other companies take billions of taxpayer dollars, we will continue to fund the Ukrainian government for free .

According to a statement from Musk, as of today, SpaceX has withdrawn its request to the Pentagon to fund the continued use of Starlink Internet terminals in Ukraine. The statement on Twitter comes just hours after it was reported that the Pentagon was considering paying the bill using a fund that finances arms and equipment contracts for Ukraine’s military. Of the 25,300 terminals that were shipped to Ukraine, about 10,630 pay for satellite Internet service, added Musk, who also said he is seeking donations from Starlink for regions in need.

But despite news that SpaceX has withdrawn its funding request, Starlink’s long-term future in Ukraine is far from certain. So, in this context, can we expect support from Musk Iran? Nothing is impossible, we would say.

Elon Musk said Saturday that his rocket company SpaceX will continue to subsidize its Starlink Internet service in Ukraine, citing the need for good works.