Mark Zuckerberg shared his vision of the future and ‘the evolution of the mobile internet’ at the Facebook Connect event in 2021 in the form of ‘metaverse’: the collective virtual shared space. This is determined by advances in technologies such as Virtual Reality (VR), Augmented Reality (AR), NFTs, and gaming. For those who will not say anything about it, you will first find a brief introduction to the vision surrounding this progress and the future of digital (virtual) media.

What is virtual reality?

The latest form of virtual reality is beautifully portrayed in The Matrix: it completes ‘presence’ by fooling all the senses through a brain computer interface† And that’s also something companies are now working on, including Elon Musk’s Neuralink:

For me, as a VR and Oculus fan (not a Facebook fan), this was a disappointing keynote. Past Oculus Connect keynotes focused on developers, new hardware, and technological advances in VR and gaming. But in this edition, apart from the announcement of the launch of GTA San Andreas in virtual reality, there was very little news to report. The presentation was almost all about the metaverse in VR and AR. From now on we will call it XR (Mixed Reality). Both forms have a place in the metaverse, depending on the use case.

This video describes an AR scenario similar to Black Mirror, but it gives a good idea of ​​the possibilities of this technology. A virtual layer over our reality through normal (sun) glasses, or as the ultimate interface, a set of lenses in combination with manual tracking. You no longer need a smartphone or smartwatch:

I’m not a fan of Facebook, but I appreciate this move. Mainly because it puts XR on the map as a tech (again). No one can help it now. The Zuck, with this name change, goes with everything to the Metaverse.

XR is still in its infancy. So most people will be wondering why, aside from covering up scandals and image damage, is Facebook changing its name and what exactly is the metaverse? Actually, the keynote was a huge sales pitch for XR and the introduction of the metaverse. I recommend watching the full keynote, but if you don’t have time for that, here are some short videos that give you a good idea of ​​what the metaverse can be. Remember, here we are talking about a vision of 5 to 20 years or more. This is very clear in the use cases that Facebook covered in its keynote. Current hardware and software are not that far off yet. XR is still in the early stages of its technological S-curve:

The opposite of smartphones, whose technological progress has stalled and its use has long surpassed the desktop (and all other media). This will be no different for XR. For all of you who now think: “I will never walk with those glasses”, watch this video from time to time:

What does the metaverse mean?

The metaverse is originally from the book Snow Crash by Neal Stephenson. In the book, the term is used to refer to a version of the Internet based on reality. I tried to read the book a long time ago, when I was a young nerd. I didn’t get more than half way. I was more of a fan of Ready Player One, a book that was made into a movie some time ago. The trailer gives a good idea of ​​an entertainment-focused version of the (dystopian) metaverse:

In the film, the heroes face off against IOI, a large corporation trying to take over and commercialize the open version of the metaverse. After Facebook’s acquisition of Oculus, it’s hard not to compare it to what’s going on right now.

A selection of the most interesting use cases for me that Facebook shared in the keynote:

The metaverse for fitness

I already average 1 workout a week in VR and despite my running addiction, that’s the workout I look forward to the most. Depending on the difficulty of the game, the intensity is extreme. For me, this is much higher than your average guided HIIT session at the gym or interval training during a race. This was also the type of training that he feared the most. VR fitness game tip: Thrill of the fight. 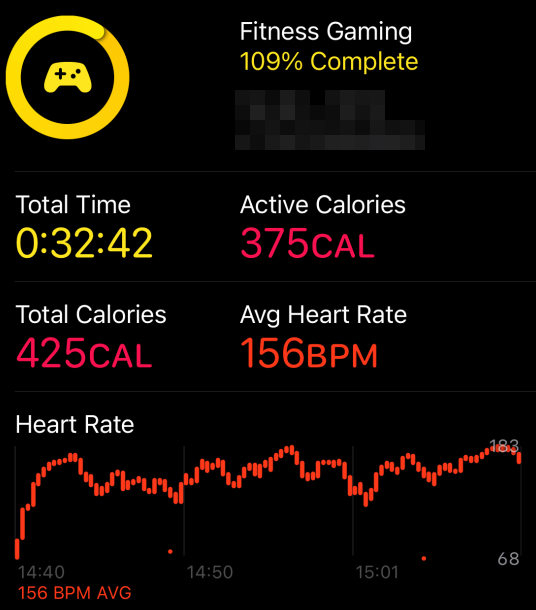 The metaverse for work and media consumption

A short-term version of this use case replaces your monitor with a virtual version. Now I have a super ultrawide 43-inch monitor in front of me, but that’s not for everyone and impossible to carry in a bag.

I see replacing your (second) monitor, console or large TV with XR lenses as the most realistic step in the next five years. The current generation of glasses needs a bit higher resolution and more comfort to wear, but we’re almost there. Think of this as the ultimate portable monitor as an extension to your smartphone, desktop, laptop, or console.

The metaverse as a solution to zoom fatigue

How long will we continue working from home? In fact, I’ve been ‘zoom tired’ since day one and prefer to turn off my webcam and listen to the audio. ‘Zoom fatigue’ is a new phenomenon:

“The biggest difference is that a lot of communication is lost. In a ‘live meeting’ we receive many more signals. How someone says something, how someone moves. Our senses are stimulated. That is largely lost during an online meeting.”

The metaverse aims to bring many of these signals back into the digital world. Especially with the advent of face and body tracking:

I hope this gives a good picture of the future, what Facebook is focusing on, and the possibilities of a metaverse. How this will actually look is still a matter of coffee grounds. But it is certain that much is/will be possible. As far as I’m concerned, it’s hard to deny that virtual reality and augmented reality will play an increasingly important role in the evolution of the Internet and digital media.