NFT…it’s been almost a year since I’ve come across anything about them. In March of last year I wrote a blog about it: NFT: what’s that again? Was it an exaggeration that soon passed? Well, no. It is still a topic that is talked about a lot on the Internet.

I see more and more influencers shouting from the rooftops about how well their NFT investments are doing. The louder they yell, the more skeptical I become. Perhaps unfairly, that might be fine.

Mitchel van Duuren, for example, is following a very intensive mailing strategy on the subject of NFTs, to sell his online program NFT Secrets. I’m not judging the show because I don’t know it…as I wrote last year: I’m probably too old or too old-fashioned to agree with this.

Now I saw yesterday that a podcast about NFT also started: The NFT World Podcast. I think I’ll listen to some of that while walking my dog, maybe I’ll understand more about it then? The first five episodes:

Mitchell isn’t the only one busy with those NFTs. Almost every day you see something about those non-fungible tokens on major news sites.

Like this article from yesterday: ‘Indonesian student is shocked that he ‘accidentally’ became a millionaire by taking NFT of a series of ‘bored looking’ selfies. The only thing I think then: seriously… how? Why are people going to pay money for the right to photos of a boring guy?

Today on NU.nl: Buy an NFT for a few tens? ‘Most projects fail, so be careful’. That’s an approach I like better than hallelujah stories. This article talks about an NFT investor, but also about a lawyer in ICT law. The latter is more cautious:

The success stories are magnified, but there are also many scams and failed projects. The value of an NFT is determined by what someone else is willing to pay for it. That can be millions of euros, but also nothing. It differs greatly and collapses as easily as it rises. There is no guarantee that you can make any money with it and you can lose a lot of money. It is always a risk.

Play with NFT – with play money

You can of course play around with it a bit. Playing with shares is quite accepted, with cryptos and NFTs it is more intangible, more unknown to the general public. The digital aspect, the blockchain: I personally don’t like it (for now), because I don’t understand it. The actions are clear, I understand. Options too. Not that I put money into it, but I understand how it works. I still don’t have that feeling with blockchain, do you?

Money that would otherwise be gone

On the other hand, if you think it’s gambling, putting in some money that you would otherwise spend on dinners or other temporary pleasures… then it doesn’t matter. If you lose it, so be it. If you had eaten it, it would have gone too. And in your savings account, your money will not yield anything in any case… 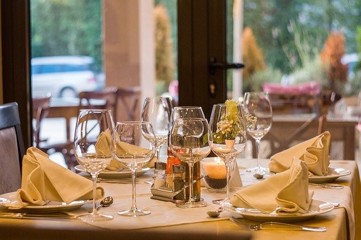 Don’t do things I don’t understand

Somewhere in the back of my mind there is a voice saying: try it with a limited quantity! And at the same time another voice stops me. That tells me not to do things I don’t understand. Exactly the reason why I haven’t done anything with cryptocurrencies yet.

Because of all the reports about it, there is that FOMO: the fear of missing out. The fear that you later say: if I had gotten in there after all…

But yeah, that just revolves around lost earnings. For money earned or not. Beyond that, I don’t see why NFTs have any value to the world. I think I would rather put my money, time, and energy into things that have a purpose other than making money. At the same time, it is of course true that with more money you can also do more other things, things that make the world a better place.