We tested the Motorola Moto G71 5G, an Android 11 mobile with 5G and an AMOLED screen for an affordable price. Is it worth switching the little extra cost to the previously tested Moto G51 5G?

The Moto G71 G5 dual-sim officially costs 299 euros, although we also see prices on the internet that are already somewhat lower.

The Moto G71 has a slightly smaller 6.4-inch AMOLED display, with a “regular” 60Hz refresh rate.

Like all Motos, this smartphone runs a fairly clean version of Android 11 (with some not-too-drastic ‘Moto My UX’ extras). The IP52 certified body is made entirely of plastic. It is splash proof, but not resistant to immersion in water. A protective plastic cover that protects the back is included as standard.

The Qualcomm Snapdragon 695 5G soc differs slightly and is slightly faster, but the Adreno 619 GPU is the same as in the Moto G51. The 128 GB model we tested still has about 103 GB of free space, but in this case you can’t expand it with a memory card.

The fingerprint sensor is located on the back instead of on the right side.

The triple main camera is the same as in the Moto G51, that is, on the back with a 78° four-pixel sensor with a resolution of 50 megapixels, complemented by a 16MP wide-angle lens (108°) and a 2MP macro sensor. The 16 mp selfie camera is also the same.

Wi-Fi connection is limited to a maximum of Wireless-AC; wifi-6 is not compatible with this mobile.

The battery is just as powerful (5,000 mAh), but it charges faster thanks to a 30-watt fast charger (fifty percent in thirty minutes).

All the details about the Moto G71 5G can be found on the Motorola website. 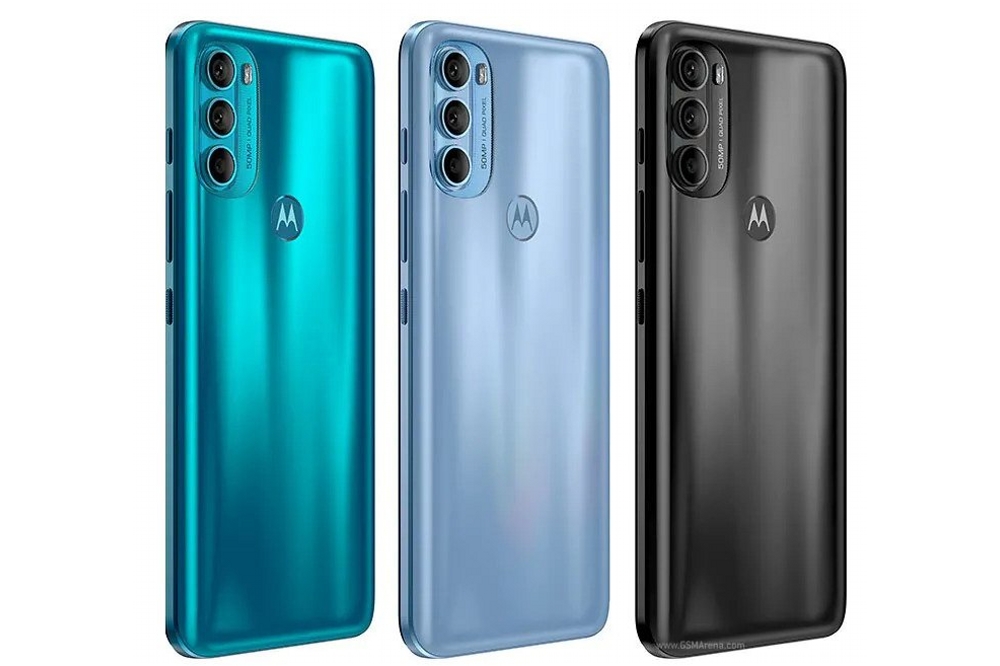 The screen is brighter and sharper than the Moto G51, but it has a less smooth display.

The main camera works well in daylight, but worse in low light (then focusing is especially slow). By the way, only the main sensor works in the dark and you can no longer use the wide angle or macro lens.

The Moto G71 5G runs slightly faster than the G51 5G, with no dramatic differences. The relation to its price and level of equipment is good, but it is not a monster of speed. That’s especially a point if you play a lot; for normal use, this smartphone works fast enough. †Edit: We’ve adjusted the weights in the tests, so you can’t compare the figures to those of previously tested smartphones.†

conclusion
If you’re looking for an affordable 5G smartphone with a good display and decent performance (except for gaming), the Motorola G71 5G is certainly not a bad choice. The difference with the Moto G51 5G fifty euros cheaper is not dramatic. Especially the nicer screen is a plus, but the screen is smaller. The advantage is that this results in a more compact mobile with excellent autonomy.