According to Digitenne research, there is more than 20% less interest in camping.

According to a recent study commissioned by Digitenne, this year there would be more than 20% less interest in camping than last year, despite the good weather.

Searches cannot be directly compared to ‘interest in’

The way the investigation was conducted is also a bit questionable. Instead of conducting an actual survey of a large number of people, they used a series of figures from the Internet. They only looked at the number of searches related to camping on Google, and they did so with Google Keyword Planner and Ahrefs.

Those are in fact the tools to analyze the searches. Only the number of searches was linked directly to the word ‘interest’ and that is too simplistic. Nor is it indicated what searches are involved, so the justification is not complete.

Of course, it is not that difficult to compare the number of camp-related searches from March 2019, 2020, 2021 and 2022. But this did not take into account the development of the corona pandemic, the lockdowns and the travel restrictions of the last years. Let’s briefly summarize what has been happening in the months of March in recent years:

Not a short-term trend

Therefore, the situation was completely different each time in March. That’s why we don’t think it’s correct to draw conclusions based on the number of searches during that month. Digitenne also sees these differences in the months of March in recent years, but still draws those conclusions. 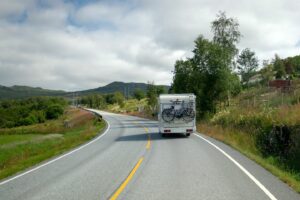 We’ve also heard from the camping industry that RVs and camping gear are still hard to come by and billing is only going to go up even more. Statistics (including vehicle registrations) have shown this for years. The biggest challenge right now is the shortage of personnel and materials, which leads to long delivery times.

If you walk around the Dutch campsites, you will see that they are already quite busy. They are usually people with seasonal positions, who are in their permanent position every year and do not need a search engine for that. Most of the camps were full during the May holidays and most of the Dutch camps will also be full as usual with Ascension and Pentecost. The interest in camping is not a fleeting trend either, but a process that takes many years.

In addition, there are a number of turns that are overlooked. In 2020, for example, people have often opted for a mobile home that is mostly booked through the big, well-known travel organisations. Also, those mobile homes were often an alternative to summer cottages, which people might have sought out in the first place, but were already occupied.

Of course, many people will want to travel abroad more often this year. That also applies to new campers. For example, Digitenne’s research also shows that France is the most popular destination among Dutch campers this year. Also ignored in the research is the fact that many of these new campers have already gained the necessary experience. For example, they know through which platforms (ACSI, ANWB, etc.) they can better search for campsites, or they go to the same campsite from the previous year, and therefore they use search engines less.

Not everyone goes camping 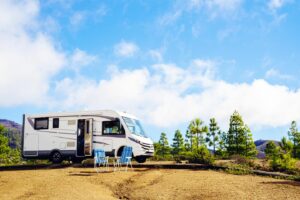 Another process that has been going on for years is the fact that more and more people are opting for a motorhome instead of a campsite. And with motorhomes you can also spend the night on motorhome pitches, and in several countries (including Scandinavia) you can also spend the night ‘in the wild’. Normally you do not search for motorhome pitches through Google, but often with specific guides, websites and apps such as Campercontact and Facile Media.

Below is what Digitenne calls the “top insights,” with our comments directly below:

Our data shows that the Netherlands is less interested in camping in early 2022 than in 2021. In March 2022, 20.3% fewer people searched for campsites online than in March 2021.
-> This only refers to the number of searches on search engines, and then only in the month of March

Domestic destinations have lost popularity after the pandemic. In March 2021, one million Dutch people were looking for a place to camp in the Netherlands. In March 2022, this number was down to just half a million.
-> Searches are only from the month of March. This year we start thinking about the holidays much earlier.

Below are a number of insights from Digitenne’s research, which we think may be correct. But also these are only based on the number of searches in the month of March this year and previous years:

The data shows that the province of Gelderland, especially Achterhoek, is by far the most popular national destination among the Dutch. More than 25% of those interested in a national campsite searched for a campsite in Gelderland in March 2022.

We discovered an increase in the popularity of camping destinations in France, Italy and Spain after Covid. At the beginning of 2022, we are 47% more likely to be looking for a camping spot in France, Italy or Spain than in 2019. This is more than before the Covid pandemic.