The theme of International Women’s Day on March 8 is Solidarity woman/man, the power of change. Borne pays attention to women in politics. At the initiative of Mayor Jan Pierik, the (former) municipal councilors were invited to meet on that day. He believes that it is important that we grow towards an inclusive society.

What happens with the representation of women in Borne politics? How have they experienced it in the last legislatures and what does it promise for the future? During the last term, five women have sat on the Council: Bo ter Braak (CDA), Karin Scholten (GB90), Anka Jacobs (VVD), Marja Zandjans (GroenLinks/PvdA) and Mieke Visser (SP). Four of these politicians are also party leaders for the upcoming elections. Exceptionally, this time there are more women party leaders (4) than men (3).

Mayor: ‘Reflection of the neighbors in the local government’

The first celebration of International Women’s Day was in 1911. The occasion was a demonstration for better wages, voting rights and shorter working hours for women. The goal remains today: equality in our society. Pierik, who has been mayor for two years, uses this to bring women from different walks of life together. She wants to expand it. It is an inclusive society. “Think about gender equality, young and old, people with disabilities. How nice it would be if the local government were more a reflection of the Borne society”.

Borne has two aldermen in 44 years

After the last municipal elections, in November 2018, the number of municipal councilors, aldermen and mayors was calculated. At that time, the Netherlands consisted of 363 municipalities. Here, 26.91 percent of the councilor’s position is occupied by a woman. In El Borne and 107 other municipalities it is 0 percent. From 1990 to 1998, the PvdA supplied the last councilor Freke van de Woord en Borne. From 1978 to 1990, Mrs. A. Pieterse-de Geus was a member of the CDA’s board of directors. B&W University was and still is full of men. Women, 26.82 percent, are also underrepresented in the position of mayor. El Borne has only known mayors in its history.

Is the work of the council my world?

Although in recent years more and more women have obtained a seat in the municipal council, this group is still a minority. At the national level, they hold 31.26 percent of the seats. In the Borne it is 26.32 percent. In 2010, Wendy Kits (CDA) joined the council at the age of 29. She eagerly took on the finance files and strategic projects. “Working together in this man’s world has never been difficult. He wanted to achieve something for the Borne. That’s what you’re on the council for.” Kits laments the need for a woman’s day. After all, it’s about quality. However, she realizes that with equal suitability, preference is often still given to a man. Do these show your qualities more? There are clear differences in approaches. That is why diversity in teams is necessary. After eight years it turned out that the investment of time for board work is difficult to combine with a full-time job and a family. 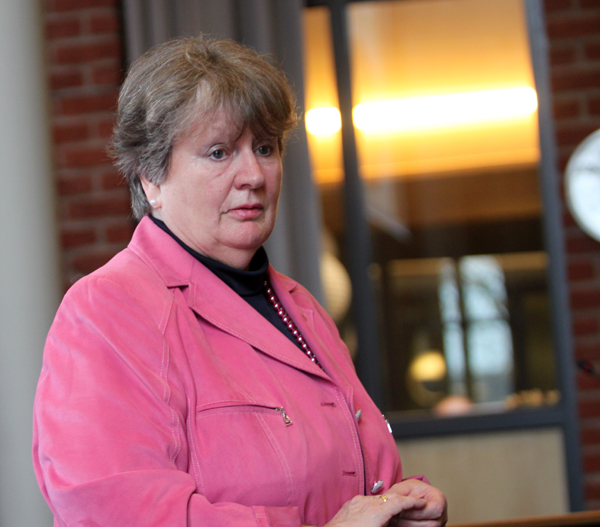 Leny Zomer started in 2004 in D66 in a shadow faction. Six years later, he acted as party leader in the council. “It was a difficult period, sometimes frustrating. Politics is not my world. Active in community work, Summer shot in what she describes as a “game” environment. It was not hers to listen to herself, to be honest and open, to want the best for Borne characterizes her. “It’s not the easiest job,” Zomer sighs. After eight years of deputation, she dedicated herself to other functions in which she could be relevant for the inhabitants of Borne.

Mieke Visser (SP) has been a councilor for four years. Women’s Day does not have a special meaning for her. She feels treated equally on the board. “In our council, the treatment between men and women is the same.” She experiences that during political interaction something changes. That is not due to gender. “At first, when I was in the political arena, I thought, ‘Now I’m going crazy.'” That was based on her inexperience. It is important that there is a balanced distribution of diversity in a team, council or group. Each one has a different angle and perspective. It is important that there is a balanced reflection of society in the board and the executive. “Now it should be possible for a woman to become a councilor!” 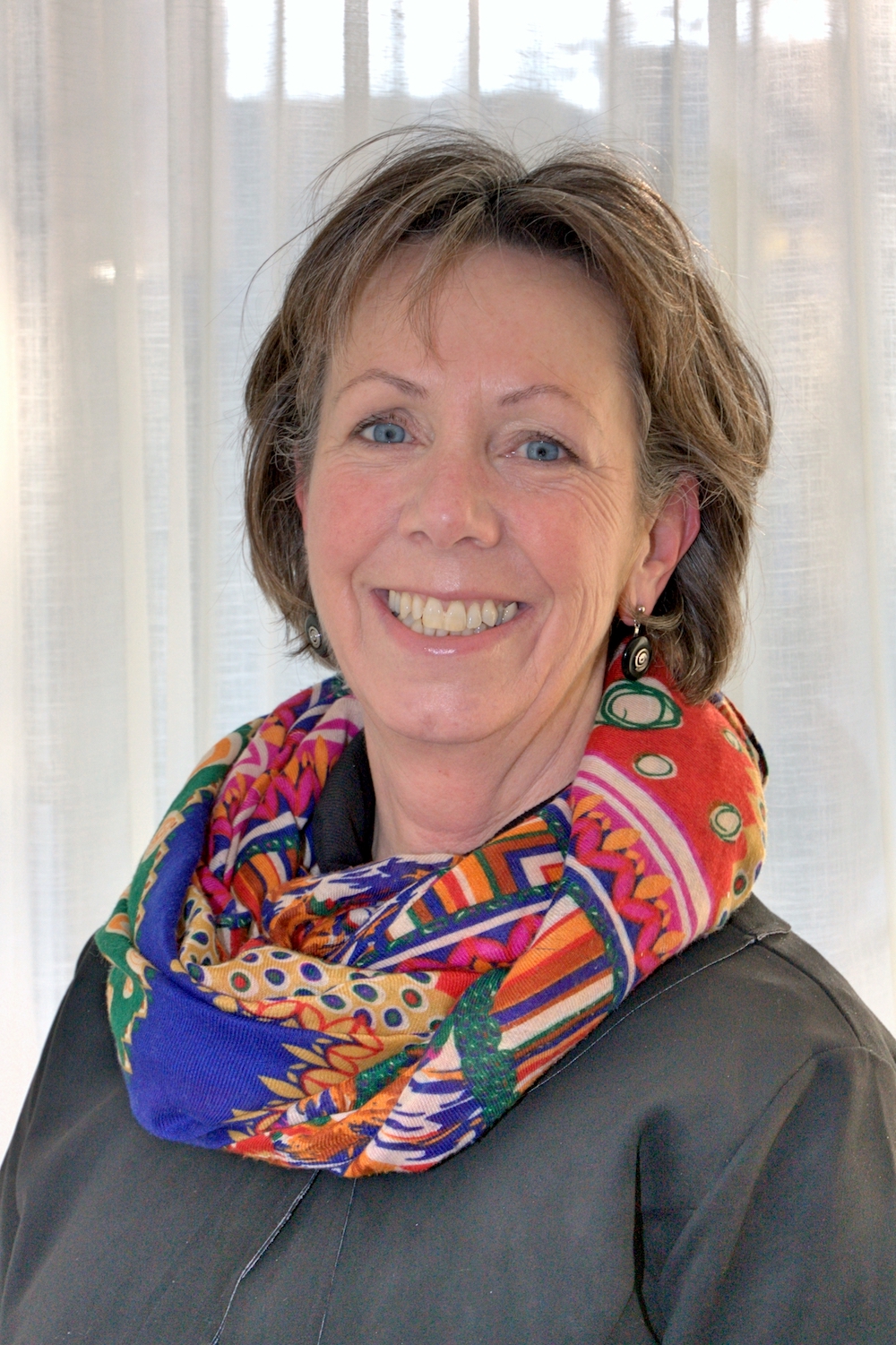 Marja Zandjans (GroenLinks/PvdA) joined the city council midway through the term. She experiences March 8 more as a time to reflect on how to make conscious decisions, determining what you want. Her motivation for getting involved in Bornse politics is that she wants to get into ‘discussions’. “I want more dialogue in the debate, I am a bridge builder,” she explains. Sometimes there is a bit of ‘rooster behaviour’. The composition should be more colorful. It gives a different energy and results in more creative solutions. “We are on the right track with four women party leaders.”

Karin Scholten (GB90) has been a councilor for four years. She compares the position achieved by women in the Netherlands with that of other parts of the world. “We can be happy here, in other places women still have to fight for their rights.” She experiences equality on the council. She sees a difference, however, that is especially evident in the ‘high political game’. But she also has to do with personalities. Women are more likely to walk away from explosive discussions. Ultimately, it is about the “push” to achieve something substantive for Borne. Women generally have more affinity with the social sphere. “What if there was more diversity on the board?”

Bo ter Braak (CDA) has been a member of the council for four years. She thinks that Women’s Day is an important day to reflect on the interpretation of political and administrative culture. Age diversity is also important. The average age of councilors in the Netherlands is 53.7 years. It is not hampered by unequal treatment in local and national politics. “It’s about your skills and your contributions.” The combination of municipal work, family and work is difficult. I chose it and it gives me a lot of energy.” You participate and shape society, you can make a difference. Regarding the female board, Ter Braak says that it is about the skills, the experience. Who fits the job?

On June 29, 2021, the women of the Borne town hall illustrated that there is still unequal treatment in the Netherlands. When presenting a motion: “The restriction of access to the digital meters of the governmental organizations for both members of the same household must disappear”. The college was called upon to use its influence for change. Now, more than ever, we reflect on our freedom as described in Article 1 of the constitution: All Dutch people are treated equally in equal cases. Discrimination based on religion, belief, political opinion, race or gender or for any reason is not permitted. (YARD)

The figures come from research by: Bouwmans, H. (ea) – Women in Local Government, The Hague, Dutch Association of Councillors, 2018.