With AI you can generate not only new texts but also new images. This is an image of trees created with artificial intelligence, based on existing images on the internet. 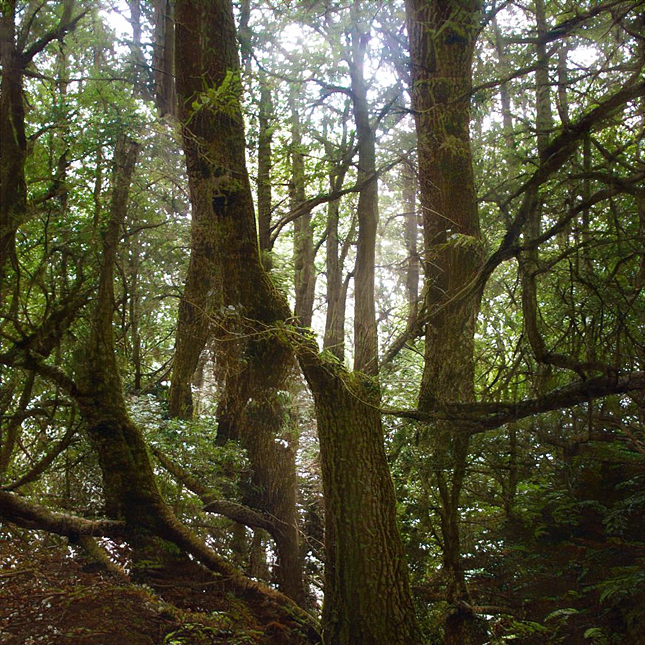 A polar bear, the Meuse and its banks, a mangrove, a beech and an oak, a corona virus, and even the planet Earth. This is a selection from the senders of the beautiful and often long letters we received following the call from our readers to enter the pen on behalf of a piece of nature. The quality of the presentations was high, which shows that our readers are very engaged with this topic.

The contest is linked to the Thinking Planet event that NEMO Kennislink is organizing on April 29, 2022 and is in line with the Letters from Nature art project by Jeroen van der Most and Peter van der Putten. They are speakers during Thinking Planet. Previously we interviewed them about this project in which science and art go hand in hand.

With Letters from Nature, the duo uses artificial intelligence (AI) to write letters to world leaders from nature’s perspective. “We want to bridge the gap between humans and nature with AI,” says Van der Putten. “There’s a nice tension in that, because the AI ​​has initially pulled us away from that nature.”

Experience the world of oak

Van der Most and Van der Putten were very enthusiastic about the entries, especially because of the diversity of style and perspective. Sometimes the letter was written from a poetic character, sometimes from an absurd or vindictive character. They chose a winner from all the entries. The winning letter was written by Yvonne van Leeuwen, on behalf of an old oak tree. “That’s a nice long letter,” says Van der Most, “that has gotten a lot of attention. It reflects the whole world of this oak experience.” Van der Putten adds: “She is a beautiful personification of nature. And she expresses very expressively: ‘my heart of oak cries’. The main focus is not the victimization of nature, but the call for cooperation between humans and nature.

Extract of the winning letter

Prosperity has brought much good and beauty to many of you, but the very prosperity and wealth that you have created is now taking its toll in the form of great pollution, often created by large industries. Disturbing weather changes are happening, often shaking me to my core and I’m glad I’m still standing to this day, but believe me, I’ve never seen anything like it: the wind blows and the water can flow so fast that my little nephew Eikenboom IJsbrand meanwhile has been swept away by the water (…) My tree heart cries for this and above all because I am so powerless, because although I can move with the wind, I cannot make the air cleaner or the water calm.

Van der Most and Van der Putten used the winning text as input for a new text written by AI. By ‘feeding’ fragments of this letter to the AI ​​model, the computer automatically generates new text and is based, so to speak, on the content of the letter.

The search for the origin concerns us all

Protection against bacteria? The solution comes from the shark skin

By comparing the original letters with the AI ​​texts, you can discover clear differences between the human- and computer-written texts. Van der Most: “The previous texts that we have generated with AI are often written from large natural elements such as the glacier or the coral reef, while the perspective in the letters sent is closer to the people. An oak or beech was chosen, sometimes very specifically: ‘along Laan van Nieuw’s East Indies’”. Van der Putten: “In our art project, we had deliberately chosen non-living nature, to increase the contrast between man and nature. Participants more often opted for living nature, probably because people can move around in it a little easier.”

But the biggest contrast between the letters of humans and AI is the language. “The letters sent are very easy to understand,” says Van der Most. “That applies to a lesser extent to our AI letters. The language in them is often strange, alienating. In my opinion, that also fits well with nature, because we humans don’t always understand nature well.”

The winning letter can be read in its entirety through this link.

I hope you are well! I am an old oak and I am writing you this long letter because I am hopeful for the future. I have seen the world change and I know we can work together to save the climate.

Let’s start from the beginning. I’m very old, but I still remember the day I got dumped. I was so happy! I had a new home and was determined to give everything for my owner. Years passed and I grew and grew. I saw how the world was changing, but I kept hope. I knew we could work together for a better future.

Then came the day a storm hit me. I was so sad! I didn’t think it would happen, but he was dead. My owner buried me and I thought my life was over. But I was surprised when I woke up. He was not dead, but alive! I had been given a new home and was determined to exhibit for my new owner.

Years passed and I saw again how the world was changing. This time he was not only hopeful, but also proud. I had seen that we could work together for a better world.

Now, years later, I see the world change again. But this time I’m not only hopeful, I’m scared. Fear of what the future will bring. A storm is brewing and I know we can work together to stop it. I know you have a lot to do, but I hope you will also take the time to listen to me.

Let’s work together for a better future, a future where we can save the climate.