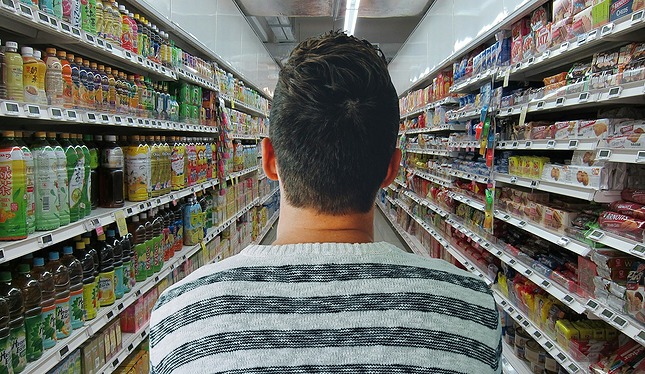 Imagine: you walk into the supermarket and, without thinking, grab a jar of chocolate spread and put it in your shopping cart. At that moment, his surroundings transform into a huge tropical jungle. But instead of the accompanying beautiful flora and fauna, you see large oil palm plantations, for which hundreds of original trees have been felled. Those oil palms are necessary for the production of palm oil found in their chocolate spread. Do you still want that jar now? Or would you prefer to opt for that other brand without palm oil?

This may sound like music from the future now, but the test subjects in Marijn Meijers’ research are already walking into that supermarket. In fact, they are still walking into an empty room where a virtual supermarket comes to life through their VR goggles. But for a future application, you might consider Augmented Reality (AR), in which a virtual world is projected onto the real world. In this way, Meijers wants to make it much clearer to consumers what impact their daily choices have on the environment.

We often have a hundred things on our minds when we walk through the supermarket. We are in a hurry and quickly grab some products from the shelves. In addition, we are unconsciously tempted by the supermarket route. You have first filled your cart with ‘good’ produce from the produce department, and then you can also buy some ‘bad’ produce from yourself, which will then arrive at their destination. And when you’re hungry, it’s even harder to limit those kinds of purchases.

Therefore, consumers need more help to make the right decisions, says Meijers. “Politics views consumers too much as rational beings who make well-considered decisions. As if they were going to read all the product labels before deciding what to buy.” But people usually don’t, and when they do, they are not always able to foresee the consequences. What does it mean to buy chocolate spread with palm oil? If you don’t know exactly, let other considerations weigh more, like: is it so tasty. 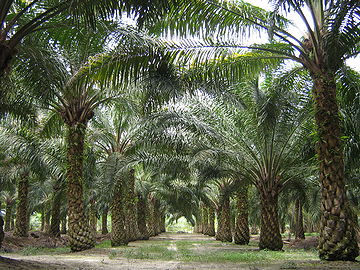 An oil palm plantation in Malaysia. 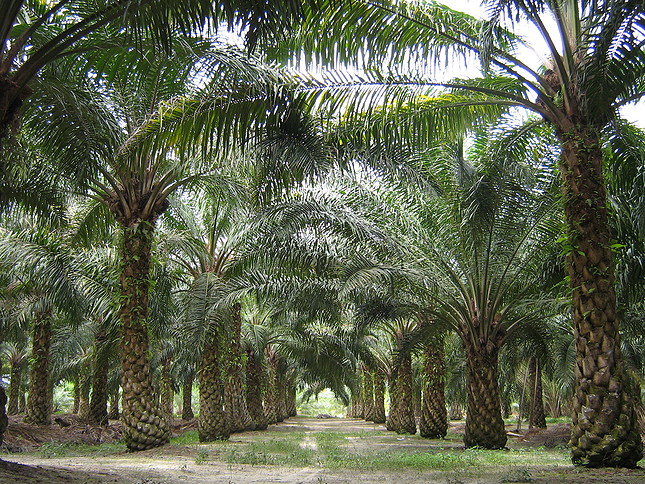 Doctoral research by Meijers, who is a psychologist by training, also shows that we trade off ‘good’ behavior with ‘bad’ behavior: “People want to have a positive image of themselves. To justify less desirable choices for themselves, they try to exchange one action for another. They think, for example, that they have won a piece of chocolate after a race. Or that they can buy steak, with a high COtwoimpression: if they eat vegetarian during the rest of the week”. ‘Trading’ such actions may become more difficult when people are faced with the effects of their food choices on the environment, Meijers thinks.

He recently received a major research grant to investigate the extent to which these types of communication tools can change consumer behavior in the years to come. In a pilot study he conducted with colleagues, he already had 250 students shopping at the VR supermarket. This showed, among other things, that young people consider the environment as important as their health. The experiment always contained a sustainability message such as “palm oil swallows the rainforest” and a health message such as “palm oil is bad for you.”

“We were hoping the health message would work better, but it turned out it didn’t. As soon as a product had a negative impact on health or the environment, the test subjects started avoiding the product,” says Meijers. So the interactive experience actually caused behavioral change. This has a lot to do with with motivation, according to the researcher. “We saw that this experience gave people the feeling that they can make a difference. Not only did they make better decisions in the virtual supermarket, but we also saw a long-term effect: in the supermarket real also opted for better products after the experiment. 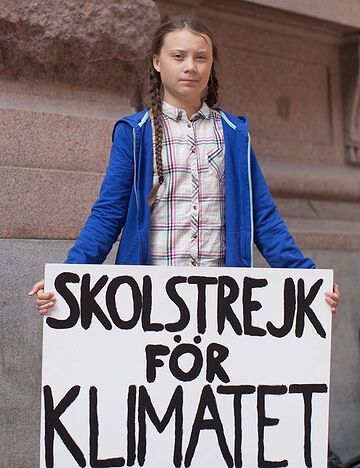 Greta Thunberg demonstrates in front of the parliament building in Stockholm.

The fact that such a virtual experience actually gives people the idea that they can make a difference for themselves is an important result of the pilot study, Meijers emphasizes. “People often think: I can eat vegetarian alone, but if I’m the only one, the effect is a ‘drop in the ocean’. And that is of course true. When it comes to sustainability, an individual’s behavior has little effect unless you’re Greta Thunberg. It requires collective action.”

But as an individual, you can create a snowball effect, Meijers says: “You can encourage others to do the same with your behavior. So we included this in the research as well: the extent to which people will share their virtual experience with others. In the weeks after the experiment, they receive a daily app asking if they’ve talked about it with other people. We hope people will definitely do that because you create such a pervasive experience with VR.”

These types of long-term effects of communication tools have been little investigated in communication sciences. “Often we don’t look beyond 3 weeks. In our project, we will investigate whether the effects of such a virtual experience can still be seen after 6 months.”

supermarket of the future

How can we use less Russian gas?

War trauma is not just in your head

How can the VR supermarket be used in practice? Meijers believes that the supermarket used in the study will be used primarily for education, so that people learn about sustainable behavior at an early age. At the same time, he already envisions all kinds of applications that can help us in the supermarket of the future, such as an Augmented Reality application where you can experience the environmental effects of products while you are in the supermarket.

“But for people who have less time to shop, it could also offer insight into the handheld scanners you see more and more in supermarkets these days. With this you can, for example, provide consumers with information about the environmental impact when scanning a product. Beware of information overload. Maybe you end up with something like a Nutri Score that tells you how healthy a product is, but then for the environment.”